CAMA and the Lobero Theatre CAMA and the Lobero have partnered to present the world’s finest classical musicians since the historic theater’s reopening in 1924. The Lobero offers the rare experience of hearing and seeing world class master musicians perform in an intimate atmosphere. 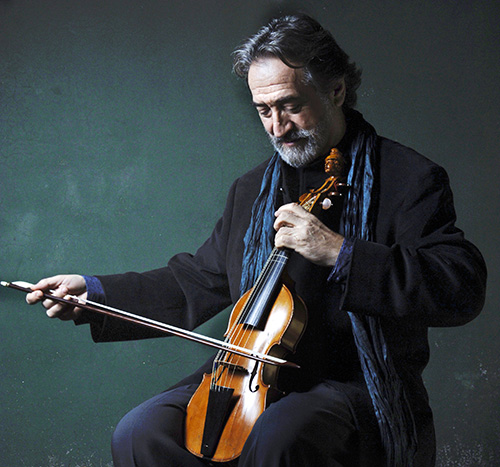 Jordi Savall is one of the most gifted and prolific musicians of our times. For more than 50 years, his career as a master of the viola da gamba, and as a researcher and recording artist has made him one of the principal architects of the ongoing revaluation of early music—rescuing historical musical gems from obscurity, and creating a world of musical emotion and beauty shared with millions of early‑music enthusiasts around the world. 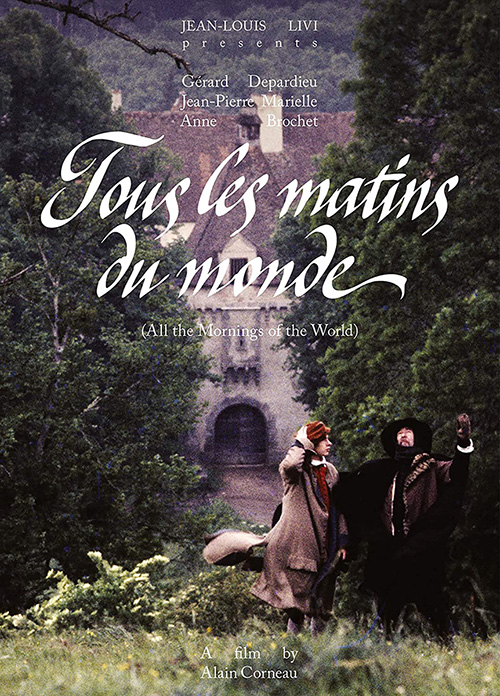 Among the biggest surprises of Jordi Savall’s storied career was the international blockbuster success of his soundtrack for the award‑winning 1991 French film Tous les matins du monde (All the Mornings of the World). In the dazzling cinematic tradition of Amadeus, Tous les matins du monde is one of the most celebrated films ever to explore the art of music—​a provocative work of historical fiction set in 17th‑century France during the reign of Louis XIV. Legendary actor Gerard Depardieu portrays the eminent elder French composer Marin Marais looking back at his young life when he was briefly a pupil of the reclusive bass viol master Monsieur de Sainte‑Colombe who lived a secluded life with his two daughters, and whose lives are forever changed by the vivacious young Marais. This profound film was winner of seven French César Awards including Best Picture and Best Soundtrack (for Jordi Savall who created the awarding‑winning ​soundtrack).
Watch the Trailer for Tous les matins du monde

The Santa Barbara music and film community is invited to the Lobero Theatre on Sunday afternoon February 20 at 3:00PM for a Free Screening of Tous les matins du monde (All the Mornings of the World). The film will be screened as a cinematic preview for the upcoming concert by Jordi Savall and Le Concert des Nations, appearing Wednesday, March 2 at 7:30PM to launch CAMA’s 2022 Masterseries season. The concert features a full program of music from Tous les matins du monde, including works by Marin Marais, Monsieur de Sainte‑Colombe, François Couperin, and Jean‑Baptiste Lully. 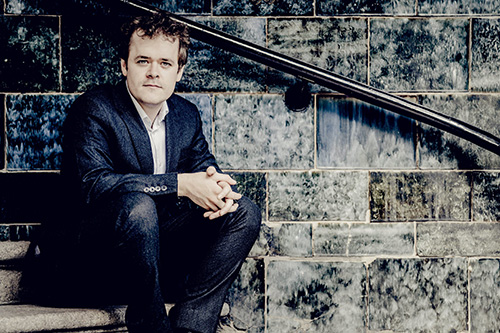 “His solo recitals recall an earlier generation of wizards of the piano.”  —Financial Times

British pianist Benjamin Grosvenor (b.1992) has been described as “the best pianist to come out of England in the last 50 years.” One only needs to listen to his playing to understand that the accolades are well deserved. Grosvenor’s promise was evident from a young age; he was the winner of the Keyboard Final of the 2004 BBC Young Musician Competition at the age of eleven, and was invited to perform with the BBC Symphony Orchestra at the Opening Night of the 2011 BBC Proms at London’s Royal Albert Hall at age nineteen. Turned away from performance by suddenly imposed pandemic precautions while already in Santa Barbara in March 2020, CAMA is delighted to welcome Benjamin Grosvenor back for his proper Santa Barbara and Masterseries debut! 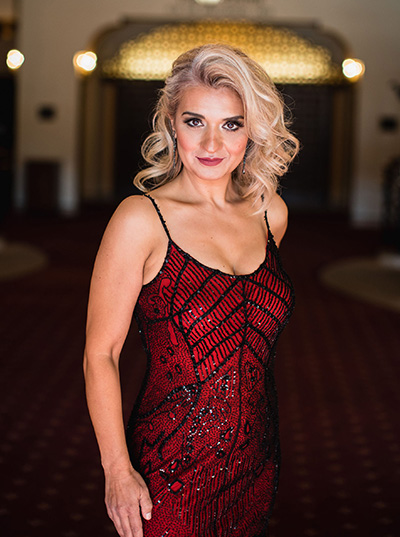 Soprano Isabel Bayrakdarian has been a highly sought‑after performer at major opera houses and concert halls the world over including New York, Chicago, San Francisco, Boston, London, Paris, Vienna, Florence and Salzburg. She has toured the globe to appear with the premier orchestras, performing under the batons of renowned conductors like Seiji Ozawa, James Conlon, David Zinman, Michael Tilson Thomas, and Alan Gilbert to name a few. She was also the featured vocalist on the Grammy® Award‑winning soundtrack from the blockbuster film The Lord of the Rings: The Two Towers. Her newest recording, Armenian Songs for Children, was released in 2021 by AVIE Records, and received critical acclaim. In 2020 she also collaborated with the Grammy®‑nominated Canadian rock band Glass Tiger singing a track on their first‑ever Christmas album Songs for a Winter’s Night. When she’s not singing, Ms. Bayrakdarian teaches others how to sing at the University of California, Santa Barbara where she serves as Professor of Voice in the Music Department. She is joined by extraordinary Canadian chamber musicians Mark Fewer and Jamie Parker for this not‑to‑be‑​missed concert! 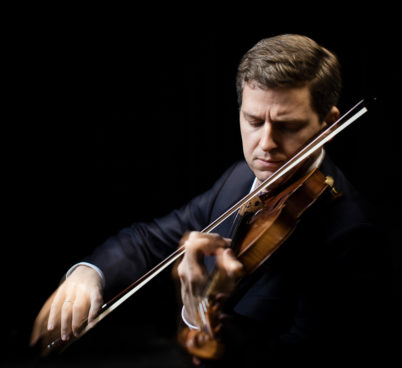 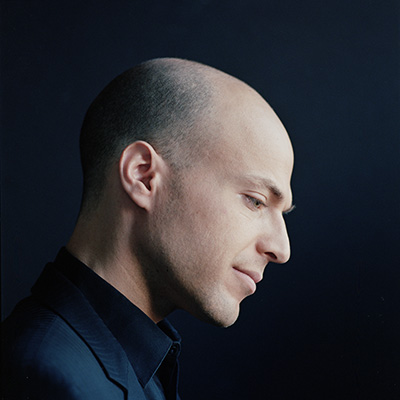 “A violinist in a class of his own”  —The Times

Canadian James Ehnes has established himself as one of the most treasured violinists of international stages. Acclaimed as “a supreme virtuoso and artist of the first rank” (The Daily Telegraph), James Ehnes plays the “Marsick” Stradivarius (1715). His Santa Barbara debut in July 2019 at the Granada Theatre with the London Symphony Orchestra (presented by the Music Academy of the West) elicited the following glowing concert review: “Ehnes was magnificent throughout, an impressive figure on stage whose playing blazed like a laser beam, though brimming with compassion and heart” (seenandheard-international.com). Ehnes is joined by gifted collaborative pianist Orion Weiss who previously appeared in Masterseries with violinist Augustin Hadelich.

CAMA dedicates this concert by James Ehnes and Orion Weiss to the memory of Léni Fé Bland.