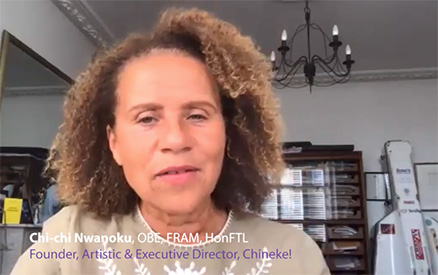 Chi-chi Nwanoku is one of the most celebrated string bassists in classical music. For more than four decades, she has built a broad career, performing and recording in a diversity of styles, from authentic baroque to twenty-first century commissions. She is a founding member of the Orchestra of the Age of Enlightenment, a name familiar to CAMA patrons from the Orchestra’s concert in the International Series at The Granada in 2018. Chi-chi is also a trustee of the London Music Fund, which has funded opportunities for more than 10,000 children across London to learn to play musical instruments. She was awarded both the MBE in the 2001 Queen’s Birthday honors and the OBE for Services to Music in 2017.

Chi-chi is the Founder, Artistic, and Executive Director of the Chineke! Foundation, which provides career opportunities for both established and up-and-coming Black, Asian and ethnically diverse classical musicians across the UK and Europe. In 2019, the Chineke! Orchestra was the first-ever recipient of the Royal Philharmonic Society’s Gamechanger Award.

Additionally, Chi-chi has been an outspoken supporter of the current Black Lives Matter movement, calling for institutional change to combat systemic racism in Britain and beyond. 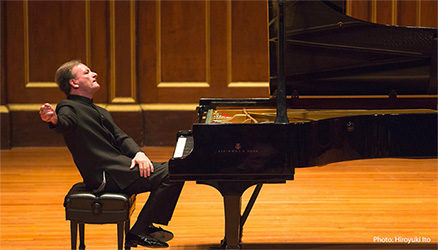 CAMA at Home presents
An Interview with Stephen Hough

For the second celebrity interview in the CAMA at Home content series, we welcome a good friend of CAMA who has appeared in solo recital on the Lobero Theatre stage for CAMA’s Masterseries on four memorable occasions—the great British pianist Stephen Hough.

It has been over a year since Stephen Hough’s most recent Masterseries recital, and more than fifteen years since his first appearance in the series back in 2005. A Juilliard graduate, Stephen’s career surged when he won the 1983 Naumburg International Piano Competition. He has since won several Grammy® Awards; his discography includes more than 60 recordings!—and he enjoys the distinction of being the first classical musician ever to win a MacArthur Foundation “Genius Grant” in 2001.

A recognized polymath, Stephen’s many talents include music composition, painting, poetry and writing. His book titles and subtitles—“The Bible as Prayer: A Handbook for Lectio Divina,” “Nosing Around” (a collection of essays about perfume), “The Final Retreat: A Novel” and “Rough Ideas: Reflections on Music and More”—do much to convey the breadth of his interests. Stephen also generously contributed the Foreword to Celebrating CAMA’s Centennial, our Centennial publication published in the 2018/2019 season.

Stephen is an Honorary Member of the Royal Philharmonic Society, a Visiting Professor at the Royal Academy of Music, and holds the International Chair of Piano Studies at the Royal Northern College of Music while also serving on the faculty of The Juilliard School in New York. 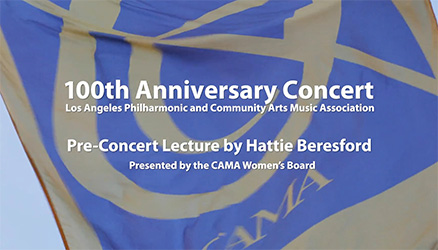 Community Arts Music Association (CAMA) of Santa Barbara celebrated its century-long relationship with the Los Angeles Philharmonic in a Gala 100th Anniversary Concert featuring the orchestra at The Granada Theatre on Friday, March 6, 2020 – 100 years to the day from the LA Phil’s first performance in Santa Barbara on March 6, 1920. Conducted by Music & Artistic Director Gustavo Dudamel, the 7:00PM performance included Ives’s Symphony No.2 and Dvořák’s Symphony No.9 in E Minor, “From the New World.” 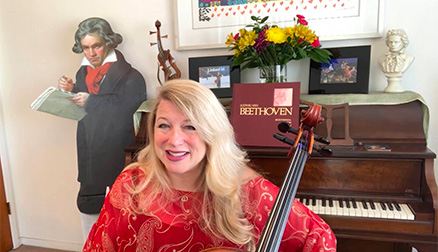 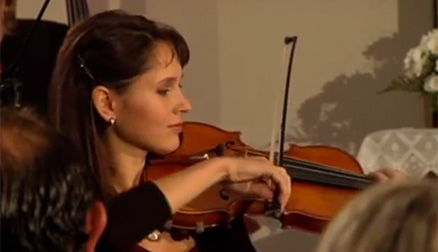 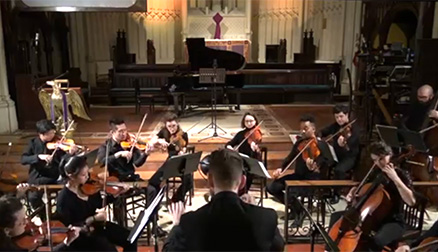 Chineke! had been scheduled to perform its American debut on April 14, 2020 in CAMA’s 2019-2020 International Series concert series at The Granada Theatre.
Watch Video